If you’ve been following me closely you may recall that in July I had animal communicator, Diana van Trijffel-Pak do a reading for my dog, Sadie. If you don’t recall and want to get up to speed, read this.

During that session this happened – “Suddenly she (Sadie) asks if you could also do that Akashic thing for her. I tell her that I don’t know, if they are done for animals. I suppose it could be done. I tell her to pass on the request.” 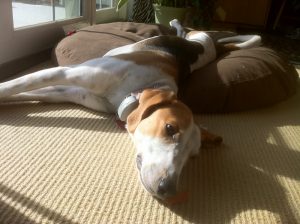 The first time I ever did a “fuck you, I love you” post it was how I signed off on a video after a friend seemed to die by suicide. It was unplanned wording that perfectly reflected how I was feeling. I used it again in a video after Robin William’s suicide (wow, two years ago for both). In each case, I was saying that I loved them, the person, but I was pissed at how they went out. The “fuck you” was to suicide.

I find myself thinking those same seemingly opposed thoughts, fuck you and I love you, in regards to my father. I wrote a post earlier today for RealMenFeel.org called Strong Enough to Be Sad (read it now if you want to be fully up to speed before proceeding. It’s short and I’ll wait.).

I often tell my coaching clients that they can love someone and still be angry, annoyed, bitter, resentful or frustrated with them. Unconditional love doesn’t mean you don’t also have other emotions, it means beneath all the other emotions, even the so-called ‘negative’ ones, there is love. Unconditional love for yourself means loving you even when you can’t stand you.

Today I brought my dad to see his oncologist for an appointment that we both knew meant cancer was back. He’s already had surgery to remove cancer from his colon and kidneys. While sitting in the waiting room today, he noticed writing on my wrist. He said, “I know I’ve asked before, but what does that say?”

On my left wrist is my first tattoo, which I got six years ago this month. Getting it was a pretty big deal. The incidents that inspired it had me interviewed on CNN and ABC’s Nightline. My dad knew all of this because he lived through it all too.

He was now asking me again what it says on my wrist. No big deal I thought. “It says GRATEFUL,” I told him. His response was a new one. He said, “Jesus Christ, what a faker!’ and stared at me with a slight smirk like he was waiting for me to laugh or react, I’m not really sure. 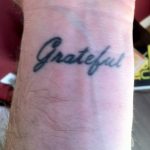 I wanted to reply with a hearty, “I hope you die alone on the streets,” and walk out. Instead I turned away, took a slow deep breath, reminded myself that in his dementia-ravaged and scared mind, that was the best he could do for a nervous joke to pass the time. I muttered, “Fuck you, I love you.”

During the appointment we discovered he has multiple growing cancers in his lungs, liver and stomach. Fuck you, I love you. 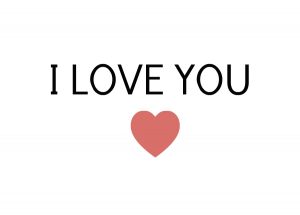 Would you like to learn some of the energetic tools and techniques I use with my 1:1 clients and in my own life? Of course you do!

Energy work is much better experienced than explained and this evening will be all about experiences. You will experience your own energy.

You will learn tools that you can use on a daily basis to better your life:

It is happening this Friday, August 19 at Energy Inspired Fitness in Danvers, MA. This popular workshop will also feature my wife, Lori Grant.

If you have any questions or want to recommend somewhere to offer this workshop, contact me at Andy@NavitasCoach.com

Join us this Friday!

If you have any questions or want to recommend somewhere to offer this workshop, contact me at Andy@NavitasCoach.com

Isn’t it time to act on your dreams of being a published author?

Very excited to offer, Introduction to eBook Publishing, for the first time at Energy Inspired Fitness in Danvers, MA. This is my most popular workshop and has created dozens of best-selling authors.

This course is for anyone who has thought about writing a book.
We’ll explore:

I’ve written and published five Amazon best-sellers and I will share the tips, tricks, and techniques I learned the hard way,
plus give you lots of options for next steps to make your author dreams a reality.

“I have been to literally hundreds of different workshops and many times have walked away thinking they were a waste of money. Not this one. It was worth more than I paid!!” ~Sandy Lenz

“I’ve always wanted to write books, but I never got around to it because I didn’t understand the process of what to do with a book after it’s written. Then I took Andy Grant’s Ebook course, and I published my first ebook less than 2 weeks later!  I even made the Amazon best sellers list! Andy cuts through all the nonsense and lays out the steps in a clear, easy to understand way. I’m now halfway though writing my second book. Thanks Andy!” ~Brad Hudson

“Andy provided a direct, clear and concise path on how to most effectively create ebooks. He shared his experiences. He included whys and suggestions using many scenarios. Additionally – he’s very funny and his energy and style of training created enthusiasm for the whole group.” ~Linda Saraco