I’m seeing a lot of people complaining about what a bad year 2016 and how they can’t wait for it to be over and good riddance to it. I’m not buying it.

My 2016 was a year of fun and joy. That’s doesn’t mean every moment of the past year went exactly as I wanted it to. But I’ve learned from past experience not to put down or label an entire year as horrible due to a few bad moments.

In numerology, 2016 was the Year of Completion, and many celebrities and family members did have their lives come to an end in 2016, but while the timing may certainly have been a surprise the fact that human beings pass on is not. The fact that you and I have gotten through some loss and grief is a testimony to our resilience. I love when the whole world celebrates the lives of greats such as Muhammad Ali, David Bowie, Prince, George Michael and the many other artists, leaders and friends lost in 2016. 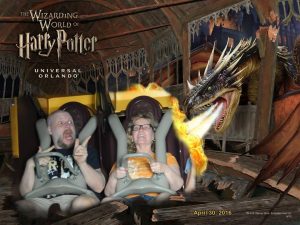 Early in 2016 I realized it had been more than two years since my wife, Lori, and I had taken a true vacation. So in April we ran down to Universal Studios in Orlando for all the fun of Islands of Adventure and the Wizarding World of Harry Potter. We had such a blast on the rides and realized we hadn’t been to amusement parks recently so, the East Coast Coaster Tour was born and in July we visited 5 amusement parks and rode 42 different roller coasters. 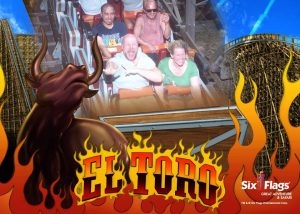 Then in October I had one of the best weeks of my life as I explored the national parks of Utah with a bunch of friends from my hometown of Leominster to celebrate most of us turning 50. Considering that the last two Decembers had me quite down and riddled with suicidal thoughts, the notion of turning 50 – let alone celebrating it – still blows me away. 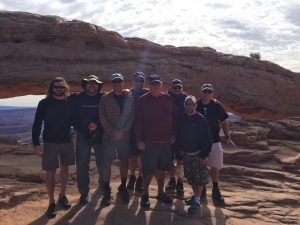 This year featured two initiations for me. In March I became an Initiate in the Modern Mystery School and I’ve loved all the experiences and people I’ve met as well as the rituals that have become a part of my daily life. While in October I was initiated into the brotherhood of new warriors that is the ManKind Project. Their New Warrior Training Adventure was the 47th multi-day personal growth event I’ve attended in the last eight years and it was nothing short of miraculous for me. In 2017 I’ll continue my journey in both groups and continue to bang the drum and encourage more people to explore them as well.

One of the biggest ways I’ve stepped out in the past year was by creating Real Men Feel which consists of groups, a website, blog and weekly podcast. I can’t thank my co-host Appio Hunter enough for stepping out into the unknown with me when I first asked him to join me on the show in February. 40 episodes later it has become a highlight of each week for the both of us. I’ve continued to have amazing experiences with the Akashic Records and set a new personal best with 25 readings in one day in November. I was also blessed with some very brave coaching clients whose transformations I got to assist and witness. All of my books continued to find new readers and receive great reviews. I achieved my goal of entering the audiobook arena this year with three of my titles as well.

I saw Paul McCartney for the first time and I saw Kiss for the 25th time (maybe more). I presented workshops in three new places, I premiered my “To Be A Man” presentation, and facilitated a monthly in-person men’s group. I was interviewed on numerous radio shows, webinars, and podcasts.

Why do I share a list of favorite moments from the past year? Is it to feed my ego and show off? No. Well, not completely. I do this for me because it feels great. I write this to remind myself that despite deaths in the family, despite needing to get live-in care for my dad, despite feeling down and low for the first week of the year – 2016 was 98% free of depression and suicidal thoughts and I was welcomed with open arms into two great communities.

I share this to remind and encourage you to do the same thing. Take a few minutes to mentally review each of the past 12 months for wins, laughter, and little (or big) moments you may have forgotten about. Allow yourself to move forward with a bit of joy and a lot of gratitude – even for the things that didn’t exactly seem to go your way. Recall the Chinese blessing, “May you live in interesting times.” Well, we certainly do.

All and all, another year of highs and lows. I wouldn’t want it any other way. 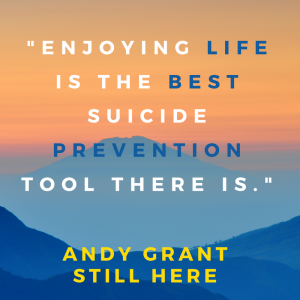 Last week I had the privilege of being on the Dr. Stem Show – Living Fearlessly Outloud on Radio Outloud with Dr. Stem Mahlatini. We discussed my experiences with depression and suicide attempts as well as some of the lessons in my book, Still Here: How to Succeed in Life After Failing At Suicide.

From The Show:
Suicide is a tragic event with strong emotional repercussions for its survivors and for families of its victims. In 2014 there were  more than 42,000 people in the U.S. who killed themselves, according to the Centers for Disease Control and Prevention, making it the 10th leading cause of death overall. The numbers are astounding and a reminder that LIFE is precious. With enough education, empowerment, and encouragement our guest Andy Grant reminds us that enjoying and living life fearlessly out loud is the best suicide prevention.

The annual age-adjusted suicide rate is 12.93 per 100,000 individuals. Men die by suicide 3.5x more often than women. On average, there are 117 suicides per day. White males accounted for 7 of 10 suicides in 2014. From 1999 to 2014, suicide rates in the United States rose among most age groups. Men and women from 45 to 64 had a sharp increase. Rates fell among those age 75 and older. The increases were so widespread that they lifted the nation’s suicide rate to 13 per 100,000 people, the highest since 1986 a concern that needs to be addressed as we face the holiday season.

Andy teaches workshops ranging from energy tools to ebook publishing, and is the founder of Real Men Feel, a movement encouraging men to come out of the emotional closet. Andy is committed to helping people realize how magnificent life is meant to be. Andy believes happiness is a learnable skill and no matter what has happened in the past, no matter how we feel right now, we are all capable of feeling happier and enjoying our lives even more.

“Enjoying life is the best suicide prevention tool there is.” Andy Grant

If you are in an emotional crisis PLEASE do not hesitate to reach out for help, now! Call 1-800-273-TALK in the United States. Visit suicide.org for international numbers.

I received a letter in the mail before Thanksgiving and I’ve been resisting opening it.
Who sent it? What am I afraid of?
Watch now to find out. 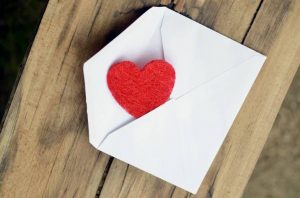 Explore sending a love letter, a pick-me up, a pep-talk, note to yourself. Ideally, wait long enough to open it that you won’t recall what you wrote, then allow yourself to be surprised, touched, proud, grateful…