Blog
You are here: Home / Blog / experiences / Emotions and Vacations 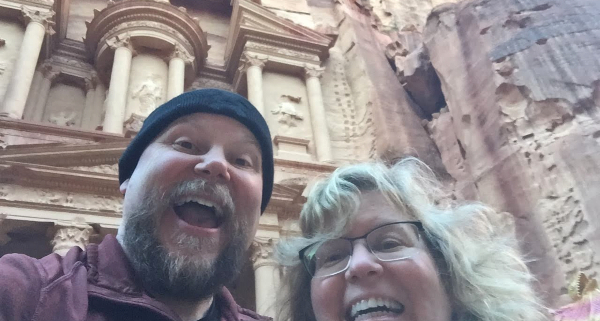 Apparently not, since 47% of Americans didn’t take all of their vacation time in 2017 and 21% left more than five available vacation days up for grabs. 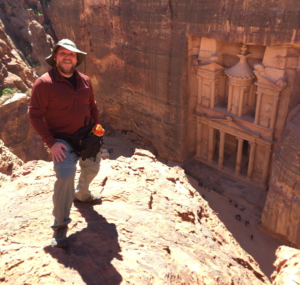 Above the iconic Treasury at Petra, Jordan.

My wife and I recently returned home for a two week trip to the Middle East, spending one week in Israel and the next week in Jordan. The rock-carved city of Petra was the main reason behind the trip. But both countries had a lot to offer and warrant repeat visits.

We had a fantastic time full of ancient sites, sacred places, and friendly people. I learned a lot about the religion and politics of the area and found I had many misconceptions about the Middle East from growing up in the US. My time in Israel was probably the most intellectually and politically challenging trip I’ve taken. We talked with Arabs, Jews, Christians, Muslims, Palestinians, Isralies, and Jordanians.

Toward the final days, I noticed moments of sadness that things were winding down.

The sadness was mixed with a feeling that two weeks was long enough and I was ready to return home. I recalled years earlier when it was normal for me to feel depressed with days remaining of a vacation because I so dreaded my return to daily life.

Some people like vacations of sitting on the beach and doing nothing. I prefer active holidays where I do things I don’t usually do, especially when I worked as a cube dweller for corporate America.

When I tried to just lay on the beach in the past, my thoughts would turn negative. I’d focus on all the things I didn’t like instead of relaxing. Then I’d drink to remove those thoughts. That worked in the short term, but if I just wanted to drink, I could do that at home much cheaper, so I quickly stopped those sort of trips too.

I’ve visited such places as Machu Pichu, Stonehenge, and Easter Island. I’ve been white water rafting, rappelling, and hiking in Europe, South America, and Africa. A staycation can be nice, but my favorite vacations are ones when I need another vacation to recover from them. 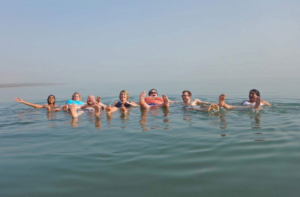 Floating in the Dead Sea

Even today, I can recall being in the jungles of Belize in 2005, but feeling very down because the following Monday I’d be back at work. It was a time that I thought I hated my job, and sometimes my life. Yet, a few days prior, I was enjoying myself and life.

These realizations helped me learn the power of being present.

When fully present, I felt better. I wondered why was it that I was time traveling in my thinking.

Why was I ignoring the fantastic experiences I was having to jump forward to my return to the mundane?

I decided that since I could be full of energy and joy on a vacation when I was present and focused on what I was doing, that I would do my best to live like I was on vacation. All the time.

I did pretty well at that for a long time. Treating each day like it was new. Looking for things that were unusual, special, and fun. If those weren’t apparent, I find a way to bring those elements to what I was doing. 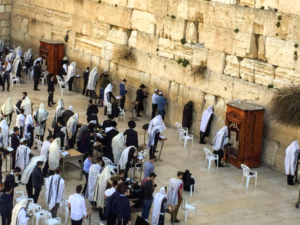 The Western Wall, or Wailing Wall, in the Old City of Jerusalem.

So as I noticed some sadness as this trip was winding down, I explored what exactly I was feeling sad about.

I was going to miss the people. We were a group of 13 in Israel and then 16 in Jordan. I liked my instant family of global citizens traveling, sharing, dining together for long days full of once in a lifetime experiences.

Back home, I often work in isolation. I sometimes forget to admit to myself that I actually like people. I was going to miss having a guide take me to amazing new places every day. I was going to miss having every day planned by someone else when I just needed to show up and be marveled. I would miss walking into restaurants and recognizing a dozen faces. There was no responsibility or stress. Just being present and amazed.

Realizing that I was sad over what was ending as opposed to what I was returning to, made me smile. 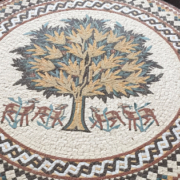 My Christmas Ode to Wayne Dyer 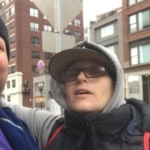 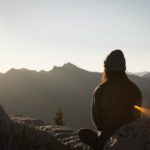 To Be More or Not To Be More
Scroll to top