You are here: Home / Blog / masculinity

This is a movie for men

A Star Is Born has been made into a film four times, including the most recent version starring Bradley Cooper and Lady Gaga. I have not seen any of the prior versions, but as a fan of both Cooper and Gaga, I figured I’d see this at some point.

That point was today. 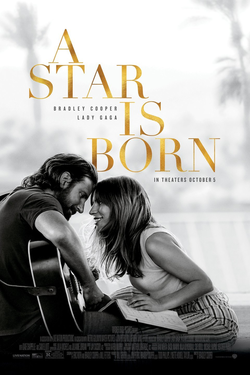 Men, don’t fall into the trap that this is some sort of a chick flick. This movie touches so many pain points for masculinity, it should be mandatory viewing for all men. If you like movies, or music (country, rock or pop), if you like Bradley Cooper, or if you enjoy Lady Gaga (I came out of the Gaga closet years ago when I saw her live; she rocks!) you will enjoy this movie.

I have no problem admitting to being brought to tears multiple times during A Star Is Born. I sat stuck in my seat until the final credit had rolled by because I was so emotionally moved. Every performance was perfection. The entire cast will have you saying, “Oh my God, it’s him!” The music blew me away, and I’ve already ordered the soundtrack. The story is full of highs, fun, and laughs and also threw me to the ground and steamrolled me.

I host a weekly podcast called Real Men Feel, and this is the first film I’m giving the just invented Real Men Feel Seal of Approval and High Blessing to.

This is one of my favorite films of all time. I’m not sure I ever want to see it again, because having no idea what was going to happen, gave me such a potent ride.