Back in January of 2016, I received a healing called a Life Activation. I didn’t know what to expect so on a whim I made a before and after video, something that has since become standard for me.

Today, I’m sitting in a hotel room in Toronto, Ontario, Canada halfway through a week-long training called Healer’s Academy from Modern Mystery School where I’m learning to give Life Activations. This healing has been in use for over 3,500 years and it aligns you with ALL of you. Allowing for more clarity, energy, flow, creativity… it connects you with your most authentic life. You get fully plugged into Life so that you can access your full potential.

I thought better than any words I can type, I’d share my original experience below.

I’m looking for a few brave people to step up and experience this healing with special treats for the first 5 – 10 people to help get me into action with this new modality. If that interests you, just shoot me an email letting me know and we’ll schedule some time to talk more about it — no obligation: andy@navitascoach.com

Note – these healings take about 2 hours and can only be done in person, so I’m looking for people who can come to me in Littleton, MA.

Before My Life Activation

After My Life Activation

I can’t tell you what a life activation will do for you, but I can confidently say they work, they are powerful and your life will thank you for it.

This past weekend I took part in a two-day Astral Travel training class with the Modern Mystery School in Boston. I’ve heard of Astral Travel for many years, and I think I’ve done it to some extent in some other programs I’ve been part of, but I don’t recall many benefits to doing ot except for it being kinda cool. Astral Travel is leaving your body and venturing off into the cosmos.

One of the many cool things I learned is that we all astral travel every single day. Our dreams, daydreams and similar experiences are our consciousness cavorting on the astral plane.

My favorite thing about programs with the Modern Mystery School is how experiential their classes are, and this indeed was no exception. Some of my experiences were peaceful and relaxed while others were incredibly powerful and moving, bringing a mix of laughter and tears.

If you want to take your time and learn right along with me, check out each video below. I did before and after videos each day.
If you just want to laugh at me, go straight to Day 1: After.
Both videos on Day 2 do the best job of explaining Astral Travel, including details of my most amazing experiences and visiting my ancestral hall.

I learned that Astral Travel can be incredibly powerful and healing. I also learned that is NOT your soul leaving your body, but rather your consciousness venturing beyond your body. I will definitely be making use of this modality going forward in my life.

My Kabbalah journey lasts through October and this May I’m headed to the Modern Mystery School mothership in Toronto for a week-long healer’s program. The mysteries continue. 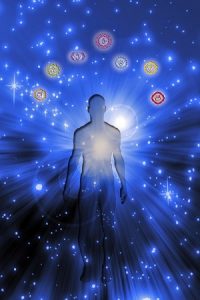 Kabbalah is an ancient wisdom that reveals how the universe and life work.

Today I begin a 10-month personal growth program called Universal Kabbalah. I don’t know much about it, which is how I like to roll into new explorations of my self. I do know that Kabbalah is rooted in Jewish mysticism and most people might never have heard of it before Madonna started studying it in the 1990s.

Kabbalah is an ancient wisdom that reveals how the universe and life work. On a literal level, the word Kabbalah means “receiving.” Studying this knowledge empowers us to improve our lives by discovering our purpose, and achieve the lasting fulfillment we are meant to receive. I don’t know about you, but that sounds pretty sweet to me.

Universal Kabbalah is the version taught by the Modern Mystery School. I became an Initiate in the Modern Mystery School in March of 2016 and learned numerous tools and techniques that I use on a daily basis. Regarding Kabbalah, the mystery school removed the most strictly religious aspects of it to make the core wisdom available to people of all faiths. It is more of a metaphysical teaching than religion, which is another reason this particular program appealed to me.

Kabbalah’s definition varies according to the tradition and aims of those following it, from its religious origin as an integral part of Judaism, to its later Christian, New Age, and Occultist/western esoteric syncretic adaptations. Kabbalah is a set of esoteric teachings meant to explain the relationship between an unchanging, eternal, and mysterious Ein Sof (infinity) and the mortal and finite universe (God’s creation). While it is heavily used by some denominations, it is not a religious denomination in itself. It forms the foundations of mystical religious interpretation. Kabbalah seeks to define the nature of the universe and the human being, the nature and purpose of existence, and various other ontological questions. It also presents methods to aid understanding of the concepts and thereby attain spiritual realization.

While the Modern Mystery School describes their flavor as:

The Universal Kabbalah is the purest form of metaphysical study available on this planet. Focused on understanding the fundamental basis of all creation, it’s goal is to reveal the purpose of our existence and to give us tools for reclaiming our birthright as co-creators on this planet. Through this study we come to the realization of who and what we are, fulfilling the ancient decree: Know Thyself!

Kabbalah is focused around The Tree of Life, which is the blueprint of one’s entire being. In ascending the Tree, the design of life itself is explained and influenced so that we can entirely transform ourselves inside and out. Kabbalah isn’t merely philosophy; there are practical techniques and applications for daily life.

Again, this is what I’ve been told and read. I have not yet had my own experience to agree or disagree, but I’m very much looking forward to my experience over the course of the program. Many people take this program over and over, right now I’ll settle for getting through it once.

I know quite a few people who have gone through this 10-month program. Many have described it as painful and horrible while the ends results are breathtaking, healing and powerful.

The most common metaphor is “crossing the abyss.” I’m going through it with my wife, which I’m told can make it more horrible and also more beneficial. So we’ve got that to look forward to.

I’ll take one more deep breath before I dive into the abyss. I’m sure I’ll share some updates along the way. Stay tuned.

Okay Spirit, you are officially activated!

This is my first blog post in 6 months. Not coincidentally, those six months were a period of withdrawal and depression triggered by financial challenges, business disappointments, physical injuries, family illness, pet illness and much more culminating in the death of my Dad in July.

Included in the many things I stopped doing in my summer of misery were daily rituals and practices I learned as an Initiate in the Modern Mystery School. I recommitted to my daily practices in early November and within days I was feeling better than I had in 7 months. To continue my rebirth, I opted for another healing called, Spirit Activation. This healing is meant to awaken the soul and the eternal blueprints of my higher mind. Results may include allowing a higher perspective, clarity of choices, and letting go of patterns for several weeks to months.

As I like to do when I’m embarking on new experiences that I can’t really describe, I’ve done before and after videos for the Spirit Activation. Enjoy!

After shooting the 3rd video and with less than 2 hours of sleep, I did indeed make it up 3,166 feet to the peak of Mt Monadnock in New Hampshire. 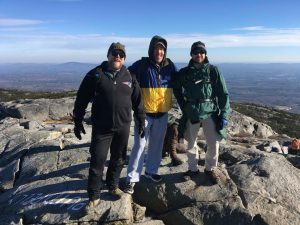 It was a gorgeous, clear day and I was flooded the entire day with memories of the many times I hiked this mountain as a kid with my dad. Once, when I was about 10 years old, we flew all around the Monadnock region in a small four person plane. On that flight we saw a square dancing group dancing on the mountain peak. The next time we hiked up the mountain, I was all bummed that we were there on the wrong day as there were no dancers.

During this ascent, I even shared a few stories of my dad with strangers hiking the trail. It was very cool and I had to pause and step off the trail a few times to let my emotions flow. I could definitely tell that a lot of negative energy had been released during my Spirit Activation. I look forward to seeing how this all unfolds.

If you are interested in more of my experiences with the Modern Mystery school – check out the videos for my Life Activation and Galactic Activation.