Blog
You are here: Home / Blog / experiences / My Christmas Ode to Wayne Dyer 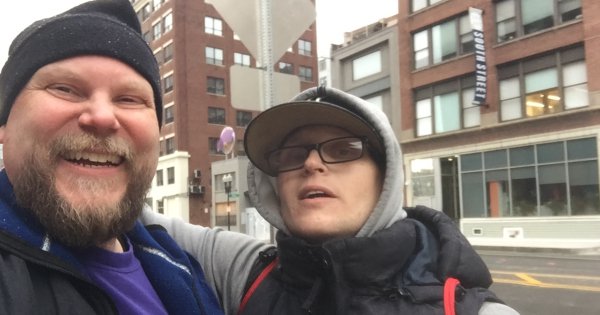 On a recent episode of Real Men Feel, I was talking with Buddy Carchide about social experiments and acts of kindness. I shared a story about Wayne Dyer giving away cash to homeless people on his birthday and said that was always something I wanted to do. It struck me that I’d been saying I want to do this someday for a few years, so I decided to take action and pledged that I would indeed finally do this and on Christmas Eve no less.

I had some money set aside for some year-end giving, and I decided that instead of cutting checks to organizations, I would walk the streets of Boston and hand twenty dollar bills out to homeless people. I thought maybe it would even turn into a Real Men Feel show or at least a short video. Then I began to wonder if I was making it about me, so I opted to make no promises of any sort of a show and didn’t promote what I was planning.

On December 24th, Christmas Eve Day, I googled the Wayne Dyer story to recall the full details of what he had done. Here it is in his words

“…it is May 10, 2011—my 71st birthday. I am in San Francisco to finish filming a movie titled My Greatest Teacher, which is about how I found my father’s grave site in Biloxi, Mississippi, and was able to communicate with and forgive him. I am in my hotel suite, sitting on the bed meditating in the early morning hours. Suddenly I’m overcome with a very strong sensation that I need to be an instrument of an outpouring of unconditional love.

I take a wad of $50 bills and head out of the St. Francis Hotel, and spend the better part of my birthday passing out love and money to homeless people. I give passionate hugs and listen attentively to men with no teeth who are as grubby as you can imagine. I reach out to little ladies who are inspecting trash containers in Union Square for the possibility of a prize in the form of an empty soda can or a discarded plastic water bottle. I don’t notice the filth; I see only the unfolding of God in these vacant eyes. And I am so in love with everyone I touch. I pass out all of the money and return to my hotel room and sit on my bed sobbing in gratitude for what I have been able to experience today. This is the most memorable birthday in my 71 years.”

I loved Wayne Dyer and doing this was a way for me to honor him, be of service to a few people, and express my heartfelt gratitude to life.

I often give change to homeless people I come across. Sometimes a bill or two. Never has it been a $10 or $20 bill. I’m a pretty cheap guy most of the time. I’m also very conscious of getting receipts and documenting my donations for the sake of taxes. I was going to need to get over those issues as well as admit that if I were giving out $50 bills, this would be a much shorter exercise than I wanted.

A little over a year ago I thought I was going to lose my home. That recollection hit me as I parked my Tesla (Wow! What a difference a year can make) in the MBTA garage at Alewife in Cambridge. I chose this spot because there are always people asking for money at the intersections near the station.

On this day, there was only one person out working the corner, and they were on the opposite side of the highway for me to get to them when I arrived. I wondered if this was going to be more challenging than I had anticipated.

I shot an introductory video on my phone, admitting that this might never be seen by anyone because I don’t know how this experiment will unfold. I didn’t know what feelings would arise in me. I was already feeling a bit nervous and wondering if this was some ego stunt. I didn’t know what reactions I’d get from others, and I wasn’t sure how private this experience should really be. But hosting a show called, Real Men Feel, I was ready and willing to capture and share my feelings as best I could.

I got onboard the T and headed for South Station in the center of Boston. I don’t ride the T often, but it seemed more depressing than I recalled. There wasn’t a single thing to make you realize it was Christmas. No lights, no music. It was mostly solitary people staring at the ground or their phones. After a few stops, the car got full, and I heard one man ask for “undivided attention” as he seemed to tell a few his current circumstances and ask for …. something. The noise of the train kept me from hearing him clearly, and the crowd of people ignoring him blocked me from seeing him.

I thought, this is perfect, I’m going push through the crowd of people ignoring him and give the guy some cash. But the next stop came. I got up and moved towards where the voice had come from, but I couldn’t tell who the man was or if he was still on the train. Thoroughly disappointed, I sat back down.

An elderly Asian man with a large bag of empty cans boarded and sat across from me. Perfect, I thought. I smiled and looked at him as he pulled a donut out from his bag of cans and happily ate it. He wouldn’t make eye contact with me, and the noise of the train prevented any casual conversation across the aisle. I considered standing up and handing him some cash, but it hit me that I was judging him and deciding he needed my help. He wasn’t asking for anything. Hadn’t even exchanged a glance with me. For those reasons or others, I didn’t feel right giving him a handout. I thought, this day really is not going at all as I’d imagined.

I wasn’t expecting to be celebrated and rejoiced, but I sure thought it was going to be fun and easy to give people money.

South Station had the most people asking for assistance and I began to feel better about this whole thing. I made a new friend in Jimmy, whose reaction and appreciation made the whole day worth undertaking. Jimmy was proudly clean and sober since July and was looking forward to seeing his family on Christmas Day.

Here are a couple of brief videos I shot, one at my low point of the day and another a bit later.

I walked around at Downtown Crossing, which was crowded with holiday shoppers. I gave money to every street performer and took a few minutes to disappear in a doorway to feel the cold and think about if I had nowhere to go. I recalled the only other time I did anything like this, a homeless experience in San Diego back in 2009 that ended very badly. Tears began to flow as I was overcome with such deep gratitude and compassion. Perhaps this day of giving to others was giving more to me than I’d expected.

Before heading home, I wandered around Kendall Square and Alewife, both of which were now deserted. I ended up giving out only half the cash I had brought with me. I was even prepared to give my coat, hat, and shoes to anyone who asked because I knew how fortunate I was that all I needed to do was get back home and I had plenty of anything I might give away on this afternoon.

I will do this again. Not around the holiday time, perhaps a time when people in need are more likely ignored and forgotten. I’ll give myself all day and see what unfolds. Perhaps this will inspire you to find a new way to be of service in whatever big or small way you can.

A Dip into Isolation 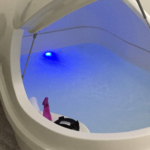 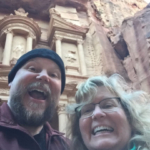 Emotions and Vacations
Scroll to top