You are here: Home / Blog / authenticity

I don’t recall when I first heard the term “dark night of the soul.” It is most often used to describe a spiritual crisis. It goes all the way back to a poem by the 16th-century, Spanish poet and Roman Catholic mystic, and priest, St. John of the Cross. The poem narrates the journey of the soul to a mystical union with God. Over the years, it has often been used to describe any challenging time, period of depression or questioning the meaning of one’s life.

I’ve experienced a few dark nights in my scariest, most fearful, depressed and suicidal times. Periods where I’ve given up, and have no idea what to do next. I’m in torment; questions spinning and racing through my mind. I beg, plead, and pray for help, for support. I cry, sob, rant and rave. Eventually I fall asleep exhausted.

In the past I’ve interrupted these releases by attempting to end my life. Frustration and impatience boils over as my desperation does not get an immediate response, answer or change. After a suicide attempt, I would get support. Sometimes it would be in a hospital but my needs were met. I could fully exhale and surrender. It took me years to realize I could be supported without attempting to end my life, and years more to see I could have emotional releases, feel sad, angry and fearful without having suicidal thoughts or impulses too.

Three days ago I had a self-induced dark night of the soul. After three weeks of fear, sadness or tears showing up each day I was now furious and in a rage. I screamed at my wife over our finances. I was completely out of control and I hated it. So I isolated myself in a dark spare bedroom and I prayed. I meditated. I did energy work. I cried. I repeated Ho’oponopono over and over (I love you. I’m sorry. Please forgive me. Thank you.). I surrendered to the Divine, to whatever support, guidance and assistance I have. I asked for Archangels, Guides, Masters to help me release this torment. Dying crossed my mind, but not in any sort of ‘that is what I want to or should do’ way. My wife came and tried to talk with me. I ignored her. I tuned out the little whisper I could hear/feel that said just talk to her, stop this act. But I didn’t. The old part of me, my ego, was louder. Old patterns insisted that I be quiet, isolated and feel tormented and that I ignore my wife so that she would feel a bit of this pain too. I wanted to punish us both. Looking back, I believe it was the feelings, energies and tendencies that I’ve been releasing making their last stand.

I had a similar experience the last time I felt suicidal. In December, 2015 I had suicidal thoughts and even did some planning, yet there was a bigger, clearer part of me, a newly more powerful and louder aspect of me, that knew I was not going to take part in any self-harm. I felt and believed it was this old suicidal energy and identity showing up again so that it could leave me – hopefully once and for all.

Since this experience I’ve researched how other people define the Dark Night of Soul. Eckhart Tolle says

“It is a term used to describe what one could call a collapse of a perceived meaning in life…an eruption into your life of a deep sense of meaninglessness. The inner state in some cases is very close to what is conventionally called depression.  Nothing makes sense anymore, there’s no purpose to anything.  Sometimes it’s triggered by some external event, some disaster perhaps, on an external level.  The death of someone close to you could trigger it, especially premature death, for example if your child dies.  Or you had built up your life, and given it meaning – and the meaning that you had given your life, your activities, your achievements, where you are going, what is considered important, and the meaning that you had given your life for some reason collapses.

“It can happen if something happens that you can’t explain away anymore, some disaster which seems to invalidate the meaning that your life had before.  Really what has collapsed then is the whole conceptual framework for your life, the meaning that your mind had given it.  So that results in a dark place.  But people have gone into that, and then there is the possibility that you emerge out of that into a transformed state of consciousness.  Life has meaning again, but it’s no longer a conceptual meaning that you can necessarily explain.  Quite often it’s from there that people awaken out of their conceptual sense of reality, which has collapsed.”

Pastor and therapist, Chuck DeGrout, states what he sees as three truths about the Dark Night of the Soul:

I could not agree more and I’ve felt a deeper acceptance and validation since reading about the experiences of other people.

I encourage you that if you encounter this sort of dark and heavy emotion coming into your life, find a way to embrace it. Be willing to feel it. Be willing to ask your deep questions. Question everything. Allow your own Dark Night of the Soul. Don’t expect immediate, instantaneous change, but KNOW that every thought and feeling that you allow to show up is leaving you. Don’t fall into the trap that I have many times that the pain and shit you feel IS you. It is not. It is your system working wonderfully to release what you have outgrown and what no longer serves you.

I’ve spent months, intending daily, that I was willing to let go of all that no longer serves me. I feel rather dimwitted to admit that I didn’t think such a process might bring me discomfort. I learned that some things that no longer serve me are things I’m still very much attached to. They are identities, patterns and aspects that I see are part of my uniqueness that truly don’t support me, yet I only let go with a fight. I was only able to let go of them after a Dark Night of The Soul. I used to think that I needed to die, but the reality is I needed to be willing to let part of my die. I had to let my “egoic sense of self,” as Tolle puts it, die. I can kill the illusions without killing me.

When I first woke after my recent “Dark Night” I didn’t want to start the day. I didn’t experience any miracle. Nothing profound happened during the night. But as that day and the next unfolded I began seeing that all I had been asking for was showing up. The synchronicities of people reaching out, my own elevated mood, days free of fear and with much more peace, as well as inspired actions, and new clients and opportunities. It slowly dawned on me that I do indeed get what I’m asking for. I don’t need to rely on being depressed or suicidal. I’m not served by insisting on my perceived uniqueness or my egoic identity. My healing, my power, my service comes when I surrender all that I think I am (the obvious bullshit and the things I think are wonderful) when I am willing to let all that go I can truly connect to Source, God, the Universe, Faith… whatever you want to call it, and it makes a difference. 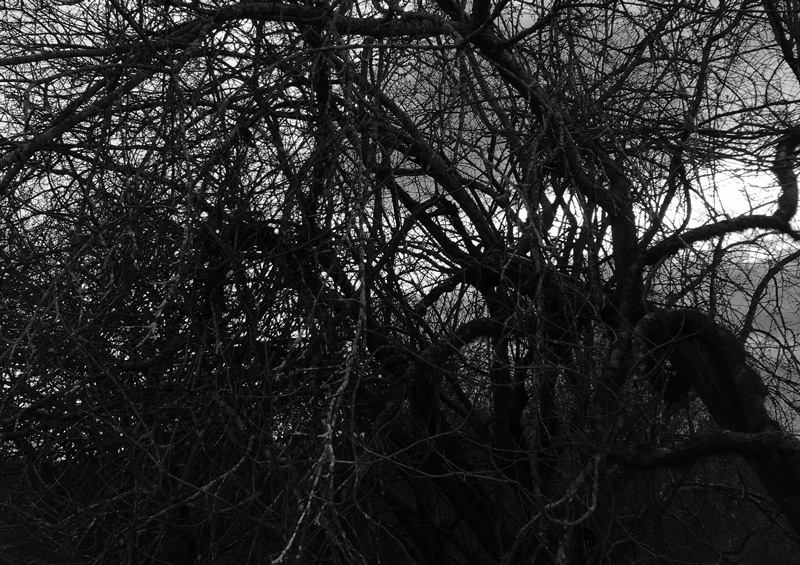 Mama always said, life is like a man in a step class. You never know where to put your feet.

Well, actually my mama never said that, but it sure felt true when I found myself in a step class recently; which is healthier than eating a box of chocolates even when it is frustrating and challenging.

Do your best. Follow your guidance. Accept and realize that your best will vary from day to day.

I hope you find your next step class that pushes you beyond your comfort zone.

Today has not been my best day. Luckily, I’ve been holding on to some old treasure for just such an occasion. In this video I read some notes from other people for the first time in almost four years.

Don’t hesitate to throw your knapsack over the wall, and keeping filling people’s buckets. 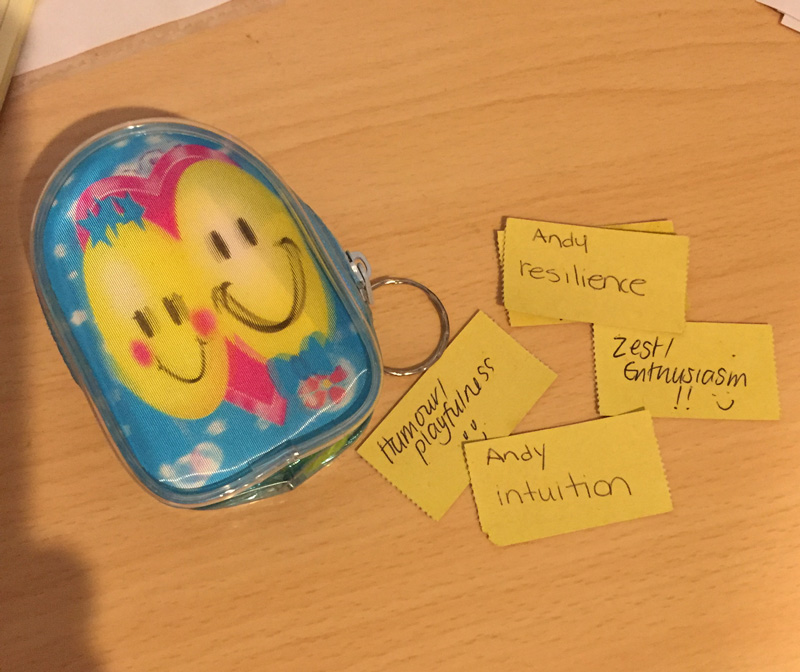 This is the children’s book that inspired the bucket filling exercise. Have You Filled a Bucket Today?